Did we peak too early?  Are we on the downhill slide?  Will archaeologists look at our skulls in 10,000 years and say “Wow, what big brains they used to have, wonder what happened…”   Will there be a new sub species of homo sapiens – called something like “Homo Sapiens in caput Parvum”.  I wonder … END_OF_DOCUMENT_TOKEN_TO_BE_REPLACED

No jaunty wave of thanks.
Not even a index finger bob.
Nothing. No indication whatsoever that you’ve almost caused a combined 120kmph head on collision with possibly fatal consequences. … END_OF_DOCUMENT_TOKEN_TO_BE_REPLACED

The first rule of mental health should be to learn to scribble things down. While your ‘ever so neat’ spouse might criticise you for the abundance of post-it notes and scraps of paper everywhere, at least he/she won’t have to pay for psychiatric counselling every time you go on holiday or host the extended family for Christmas at your place. … END_OF_DOCUMENT_TOKEN_TO_BE_REPLACED 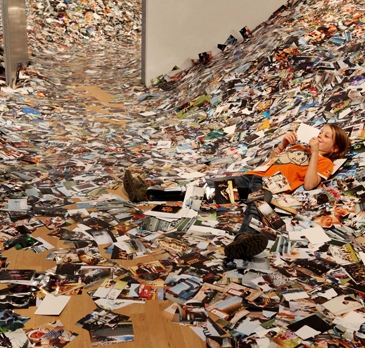 Sucking in my last lungfuls of air before an avalanche cuts off both by oxygen and the route to freedom. Sheer walls surround me, each one a solid, heavy block. One false move and I’m a goner. Gingerly I edge my way through the danger zone, past soft piles and hard walls. Where do I start digging? I have to make my way through this. Somehow. … END_OF_DOCUMENT_TOKEN_TO_BE_REPLACED

Do you clue up all your international visitors on Drop Bears? Congratulations you’re fair dinkum. … END_OF_DOCUMENT_TOKEN_TO_BE_REPLACED

Doomsday Preppers are an…interesting lot. I reckon maybe they have a few kangaroos loose in the top paddock.
I’m just sayin’, when Supreme Grand PooPah Kim-Jong Un shoots his ballistic missiles at someone because they won’t say he invented Gangnam Style dancing, I’m betting there won’t be a enough time for a conversation around the dinner table about which backpack to take. … END_OF_DOCUMENT_TOKEN_TO_BE_REPLACED

I can’t remember why I drew this picture a few years ago. I have a feeling there were bush fires in the area and I envisaged a very happy Pickers cohort surrounded by empty boxes and the sound of someone singing “Yesterday.” … END_OF_DOCUMENT_TOKEN_TO_BE_REPLACED

The Creative Zone for Making Art

The Adventures Of a Thirty-Something Life

Walk In Their Steps

Adventures of my ancestors

Discovering Your Ancestors - One Gene at a Time

A critique of culture

Stories from the far side of normal

But who are we kidding? Normal's overrated anyway.

The Daily Rejection (A Writer's Woe)

Humor at the Speed of Life

With a Side of Sarcasm

Your regular dose of honesty....

The Bold and the Bitchy
Drinking Tips for Teens

Creative humour, satire and other bad ideas by Ross Murray, an author living in the Eastern Townships of Quebec, Canada. Is it truth or fiction? Only his hairdresser knows for sure.